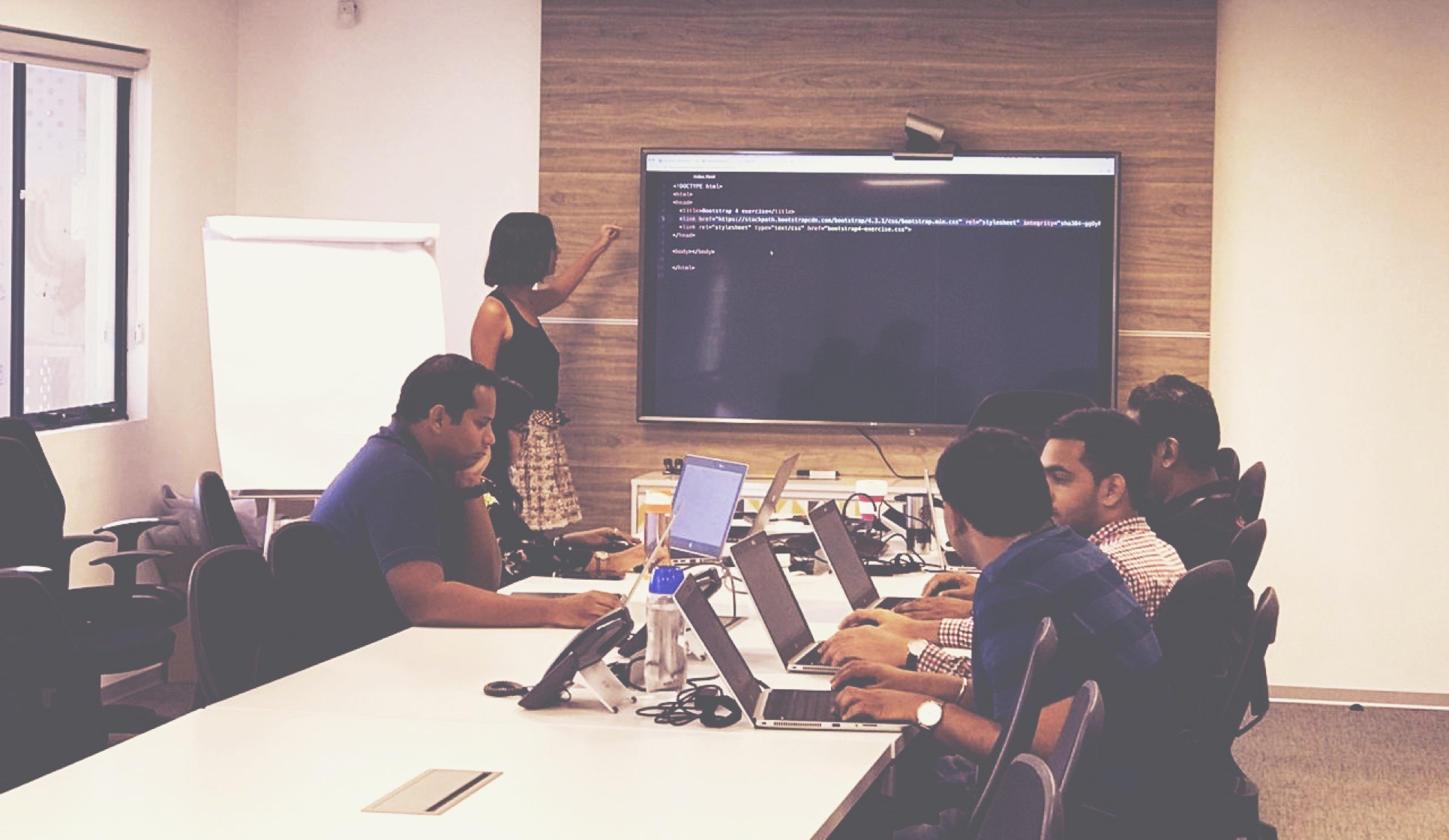 During the first training there were few volunteers but word of mouth caused the group to double in the following courses. 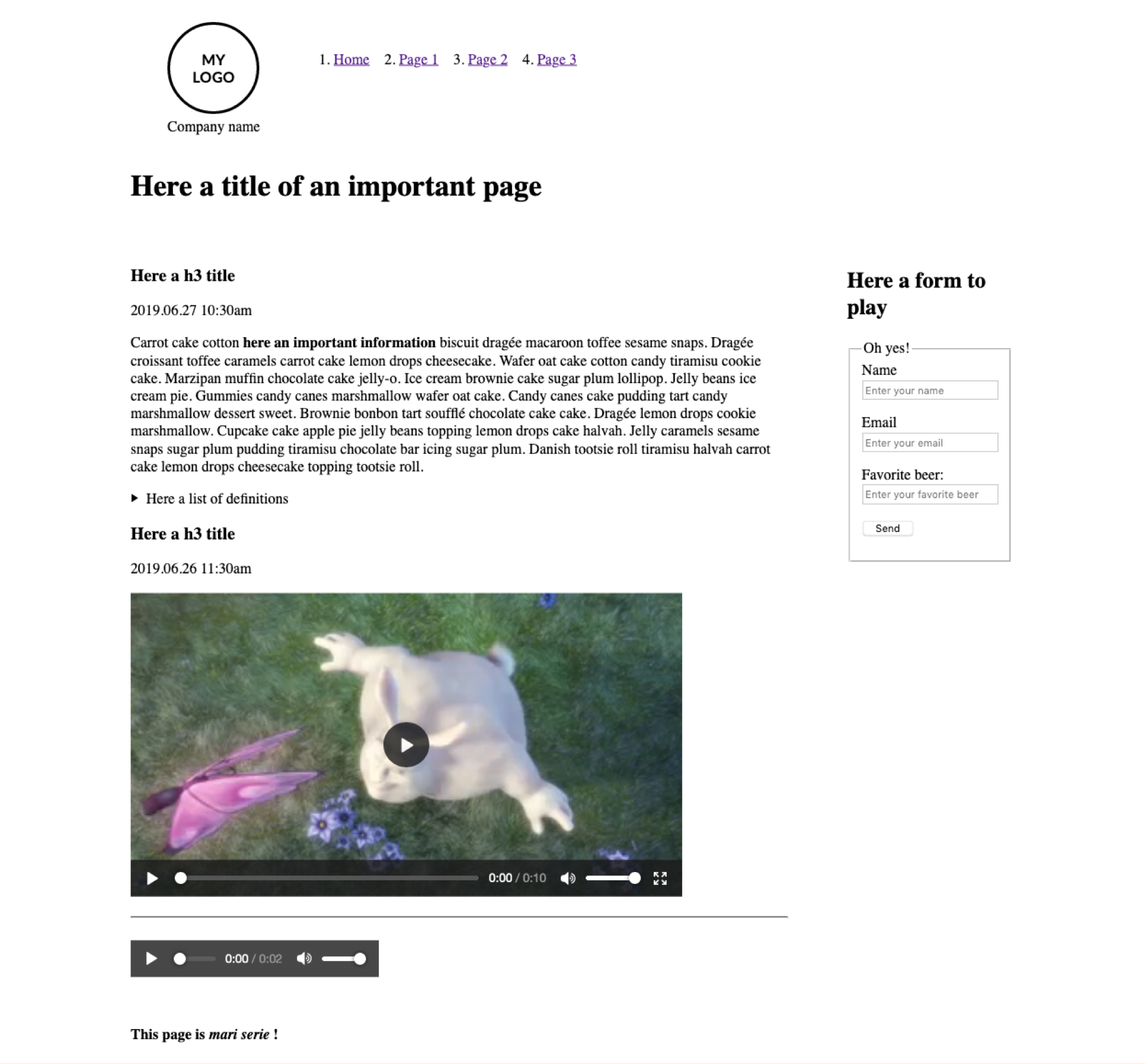 Here is the HTML5 exercise, the goal was to use the right tags and the code to be approved by the W3C validator tool.

Here is the result of the CSS3 exercise, we had to transform the empty HTML5 page from CSS into this.

No courses had been given at the factory on these subjects, so there was no material on which to base myself.
The first one was more difficult to create because it was the first time and I was stressed because in front of me there would be developers! But by researching and putting myself in their shoes I oriented my classes on exercises because I find it more fun to learn by practicing than by listening and I received good feedback after the first class. Thanks to the beautiful.ai tool I was able to create presentations quickly.
The developers were motivated but their schedules were not the same, when one had a release the other was available...
Reschedule classes and be patient!
A developer told me that during the CSS course there was no theory and that he would have liked to know the rules before doing the exercise.
I understood that doing an exercise is more fun but that theory was important for a better understanding and should not be neglected, so I added explanations to the following courses.
A developer told me during the SASS course that the goal of having clean and simplified code was not an interesting challenge for him.
It was a very interesting discussion, he explained to me that for a developer the challenge is to make it work, if the code behind it is not perfect it's not the most important thing. It opened my eyes to another vision than mine because if for me the result is important, making sure that the code uses the same variabe everywhere is just as exciting. So I took his point of view into consideration for the next class.