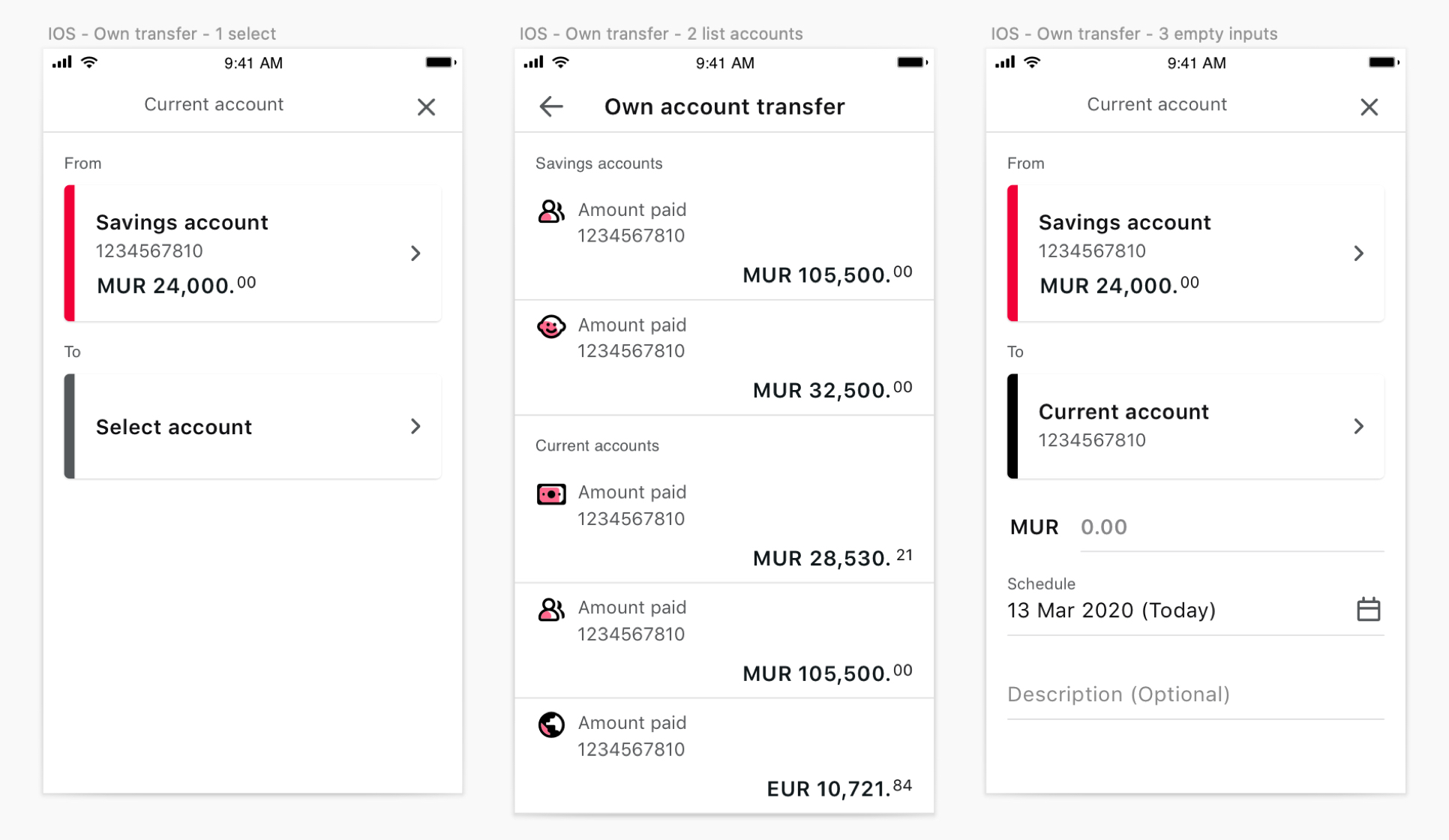 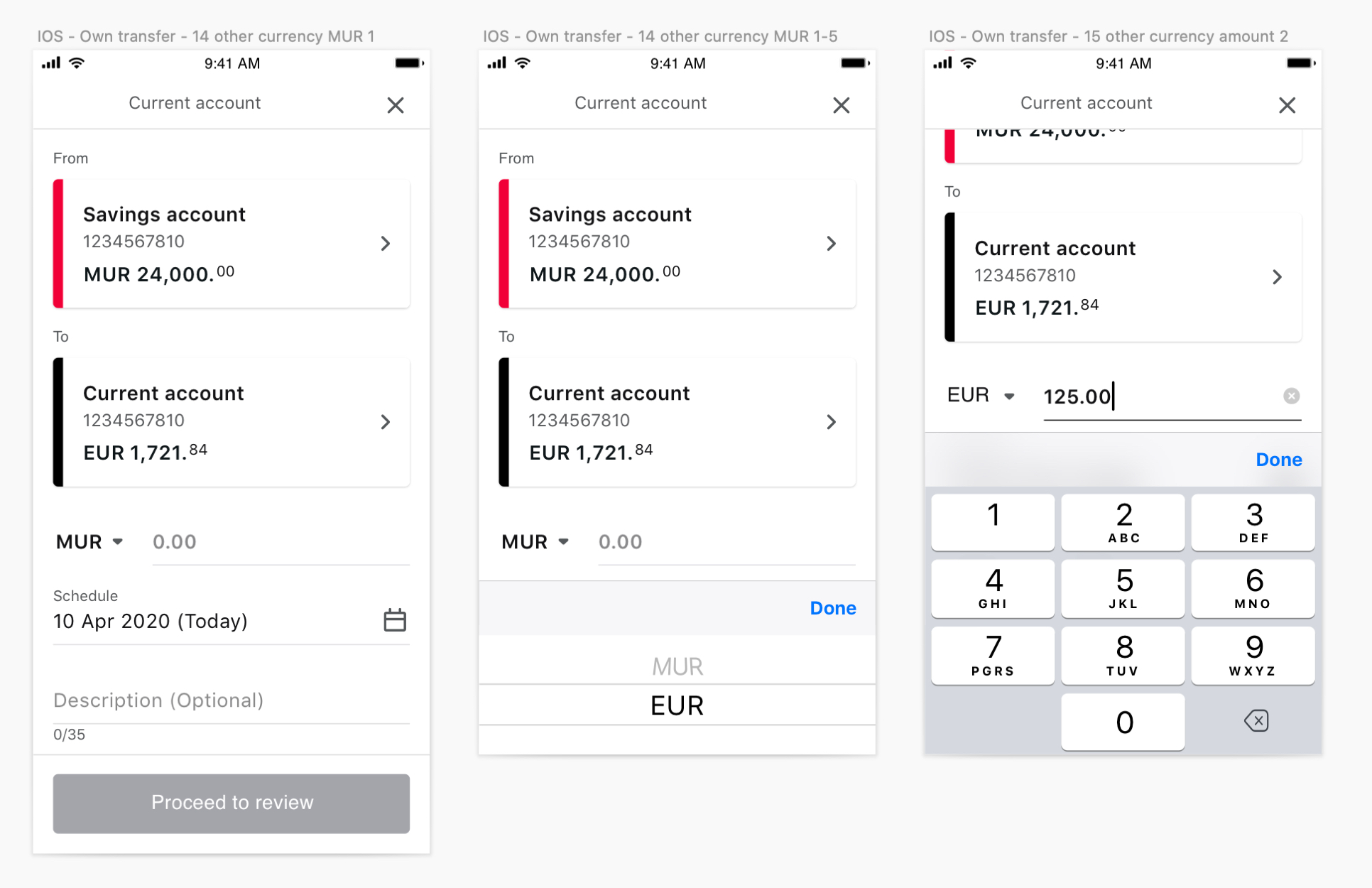 Some screens from the Own account transfer flow with different currencies. 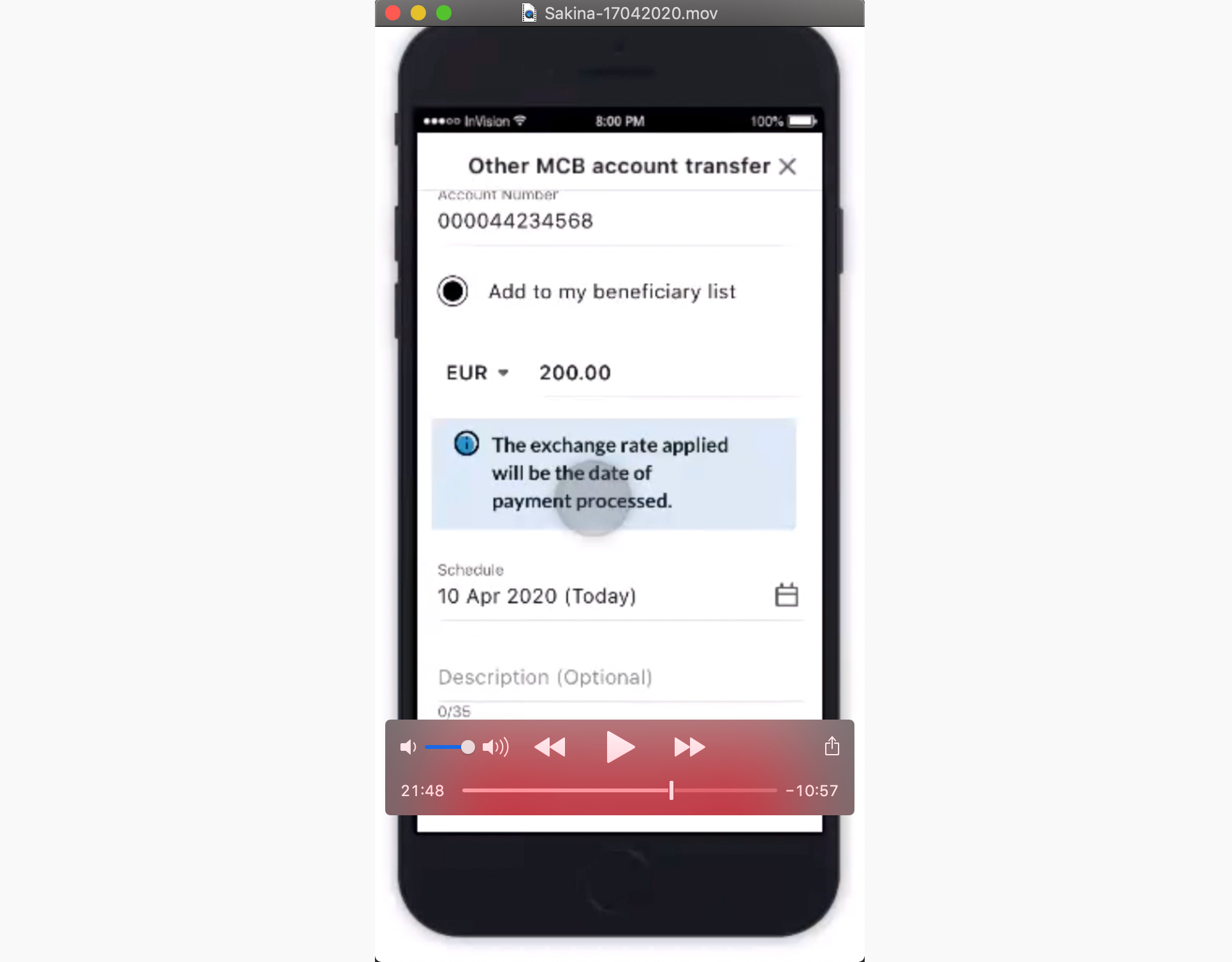 The usability tests are recorded each time by asking permission, of course, so that they can be shared and archived. 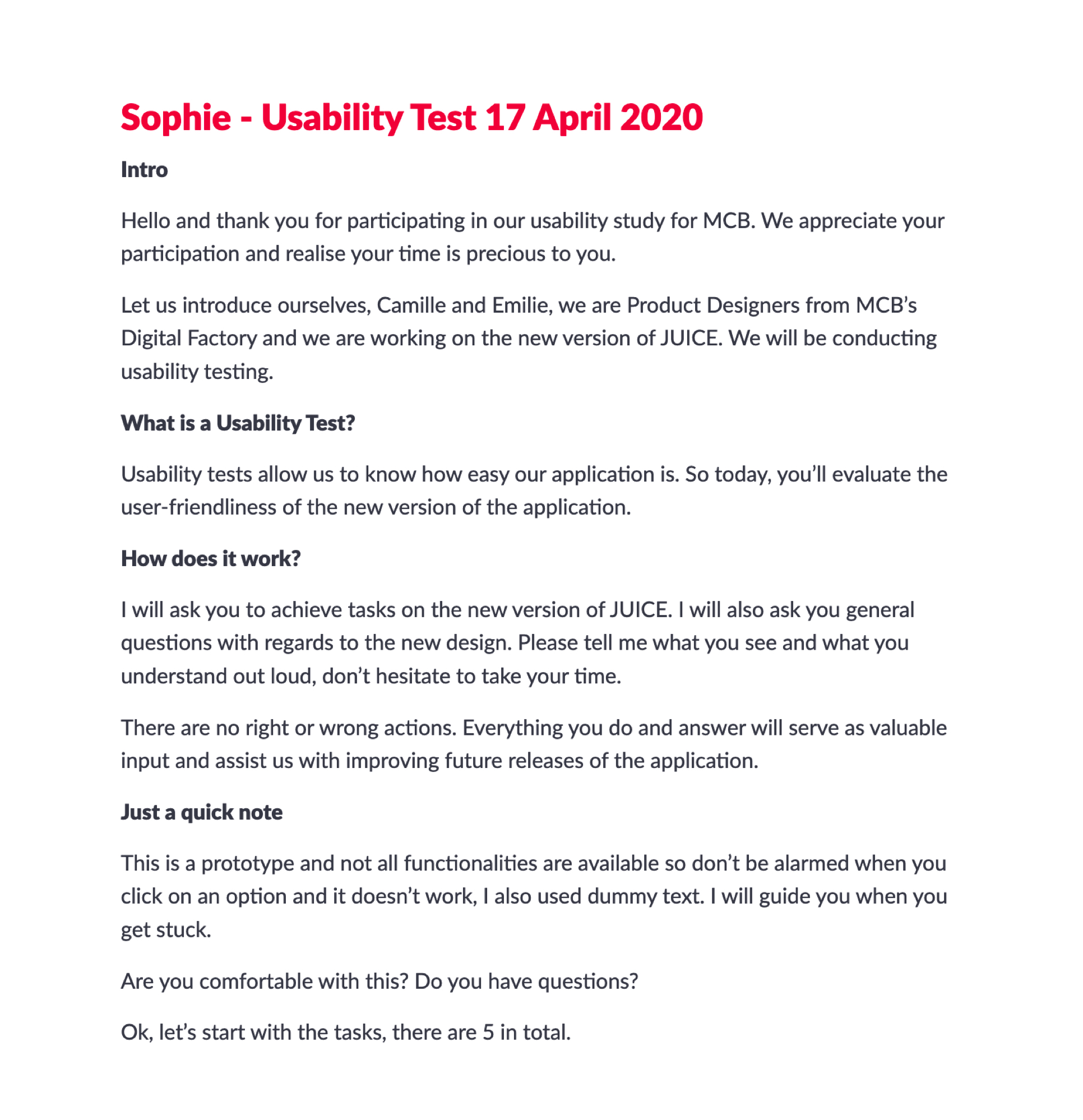 Here is the introductory text before each usability test. 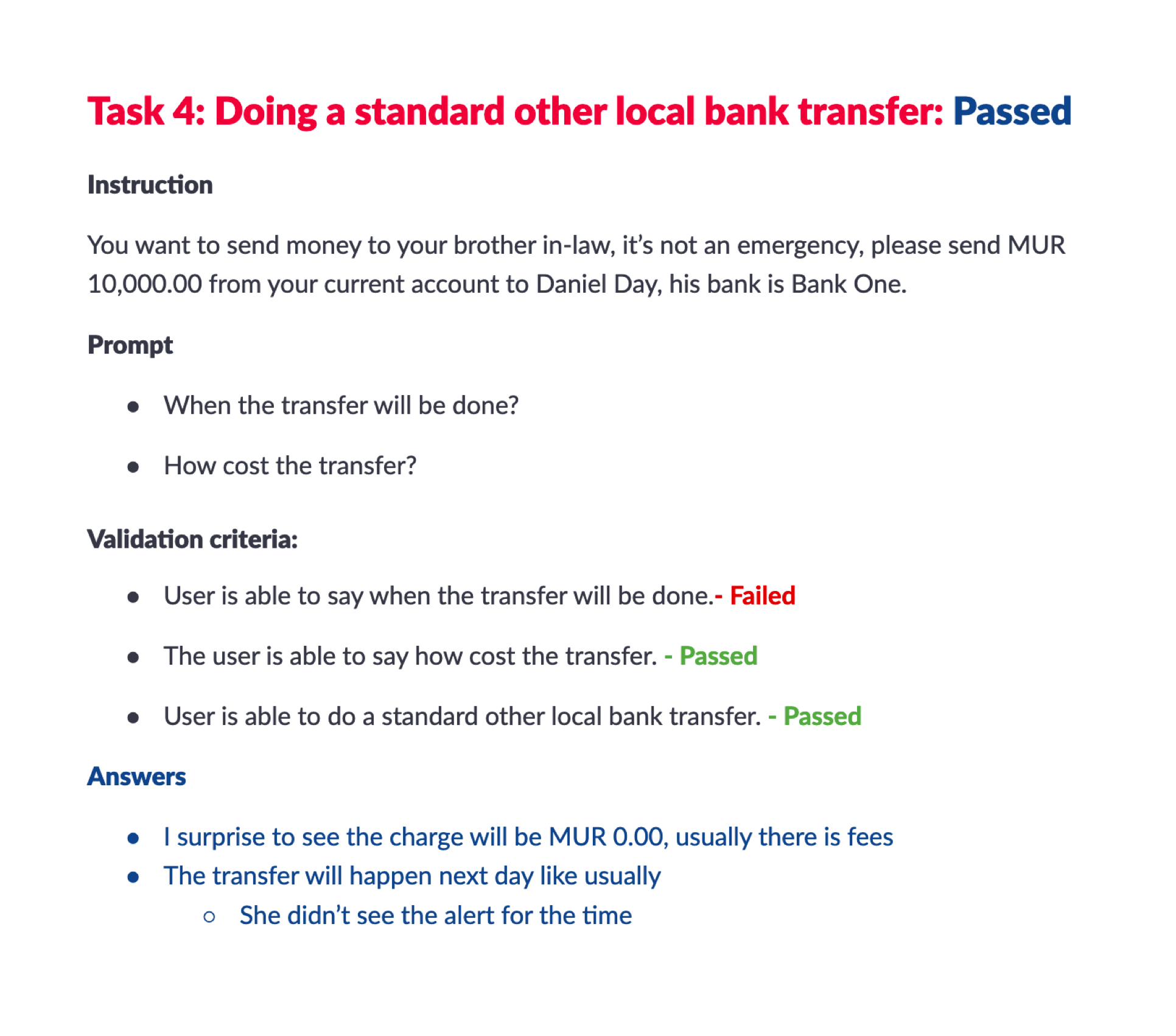 Here is an example of a task that the user is expected to do. 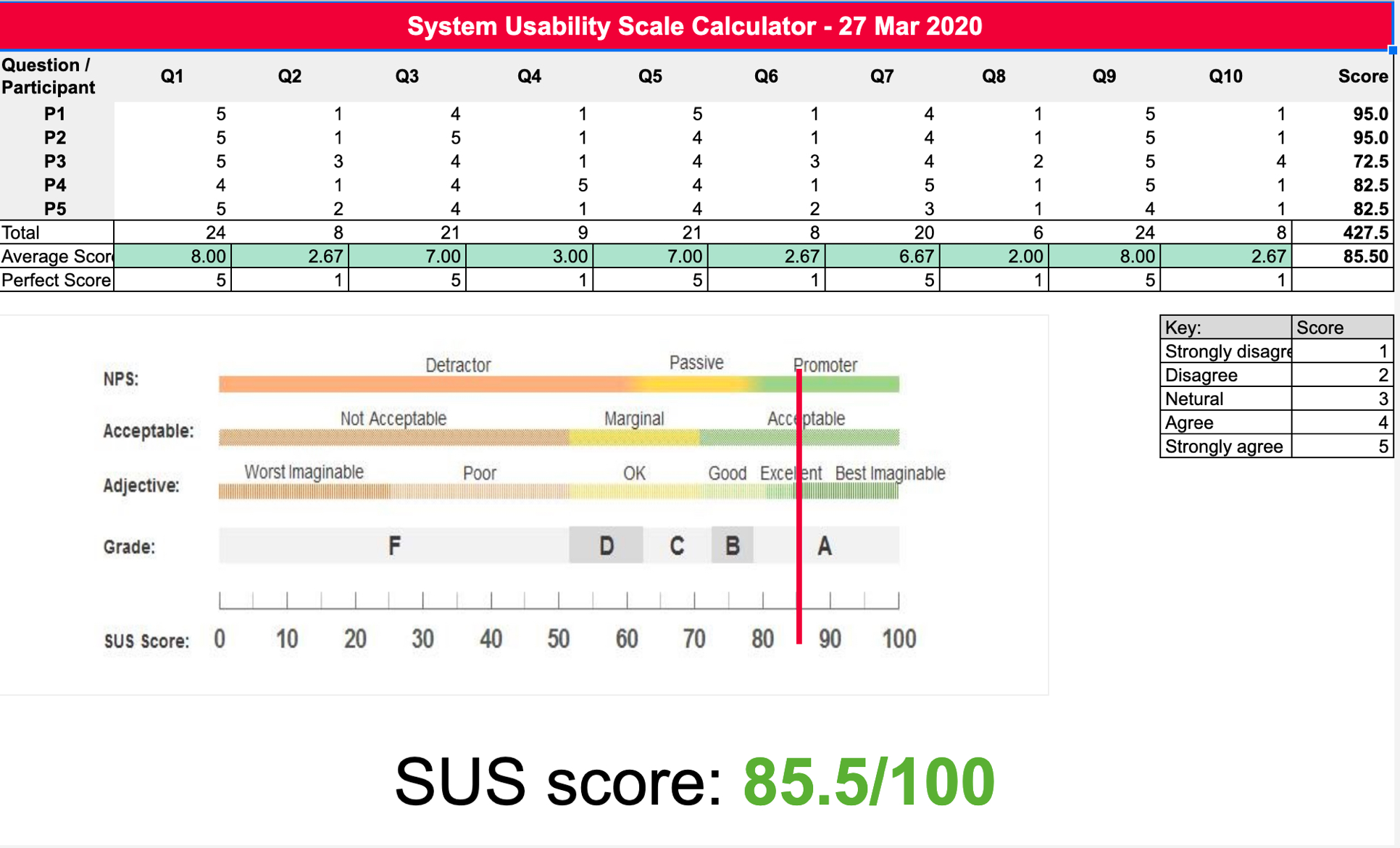 Here is the score provided by a more global form that asks the user how complicated the app was. 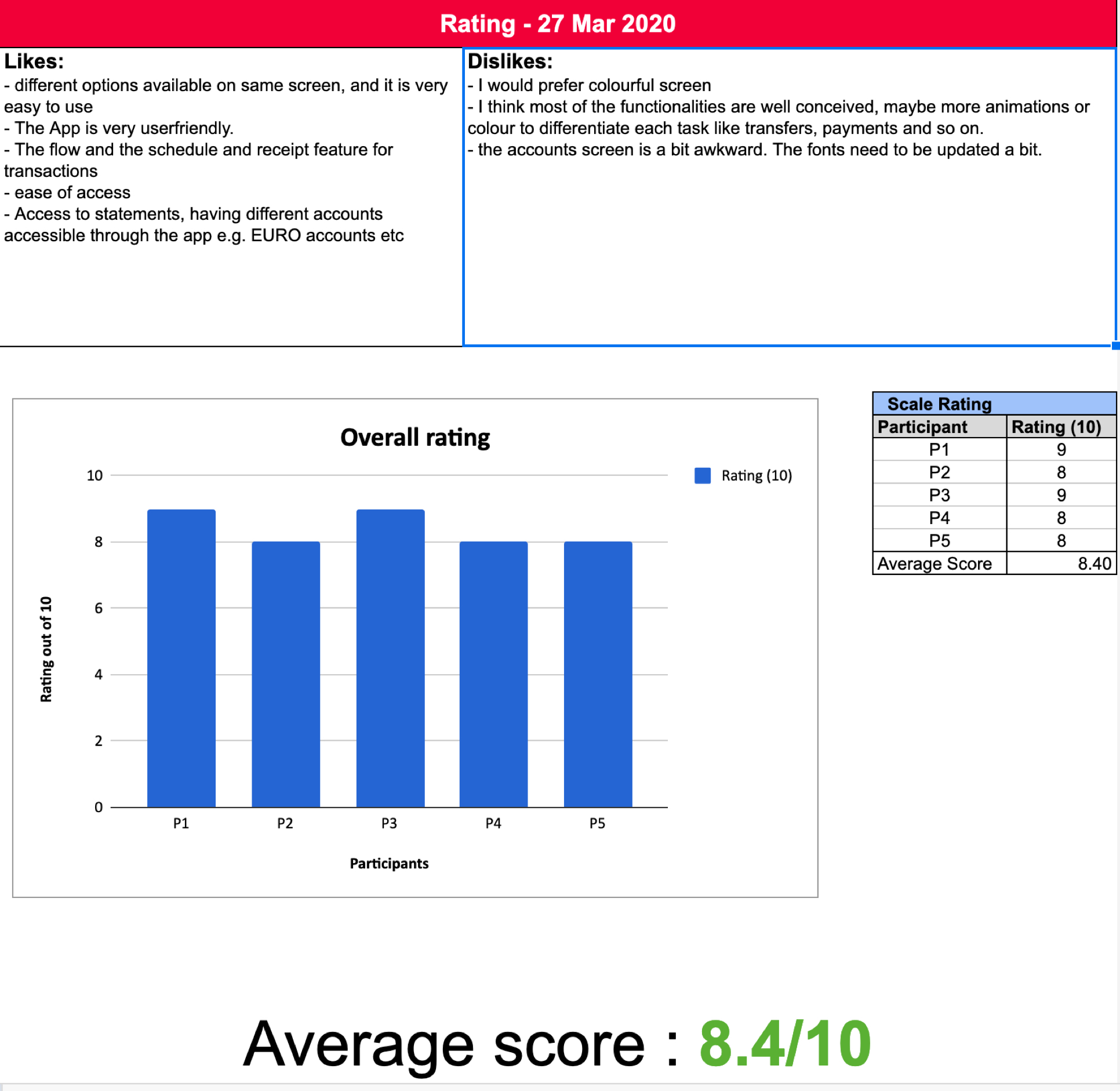 Thanks to the previous form we get an average score of the app, this allows us to see the evolution of the app.

I group the results, look at the number of people who gave the same results, analyze them and propose a solution.

The design system was optimized for responsive web apps but not for native apps.
We had to adapt the existing web components to be native and create new components such as cards or full width buttons.
The existing app contains a lot of functionalities, so it was decided that for its redesign two teams would work on the same project, so there were 2 Product Owner, 2 Business Analyst... The more people there are, the harder it is to make quick decisions.
We were three designers, we decided to create a mini stand up in the morning to agree on the design decisions to be made, so we were united in the meetings with the rest of the team which gave us more strength.
The design was only one sprint ahead of the development, which meant that the UX had time to make its wireframes but after validation there was a day or two left before sending the flow to development.
I worked very quickly to meet the deadlines, I asked the UX, PO and BA if we could find a solution to get one more sprint ahead and when the opportunity came up we took it.
The team was multicultural, some came from a more hierarchical culture than others, and collaboration was sometimes difficult.
I talked to several designer friends about it, one of them told me it was probably a cultural problem and advised me to read "Culture map" by Erin Meyer. I did, I discovered some wonderful things and it helped me a lot to understand how different cultures work and why we meet obstacles. Then, I shared what I had learned in a meeting with all the designers.
The POs and BAs were making decisions about design, which was a problem because they were not designers and the decisions were not always good.
We spoke with the designer lead and with his support we were able to find an agreement with the POs and BAs, one PO even told us that he was delighted to no longer have this responsibility.
When I arrived the squad existed for two months, the development had already started and was influencing design decisions that should have been influenced by the customer.
The design was based on the results of the descovery phase, so I organized user tests to help the team, myself included, to better understand the user and make better decisions.